Public good research which might triangulate, affirm or challenge industry claims relating to long- and short-term risk from the chemicals, commercial products and technologies produced by industry, is persistently underfunded at global scale. Similarly, public good research which focuses on nutrition - nutrient mixtures - for neurological health and the prevention of disease at all life stages, is surprisingly under-resourced.

A critical challenge affecting the publics’ right to be independently informed, arises from the pervasive difficulty of accessing and assessing scientific and research information that is independently produced in the public interest. The production of science and research produced by industry-related institutions, dwarfs science and research allocated for public good research. Perhaps the clearest example of this, is the recent declaration by the Stockholm Resilience Institute that the planetary boundary for novel entities, which include manmade chemicals and biotechnologies, has been exceeded, simply because the releases now exceed monitoring and stewardship efforts.

How do we judge scientific information as being credible and trustworthy, when a large proportion of the scientific and peer reviewed literature is funded by institutions with political and/or financial conflicts of interest? How do we weigh such information, if we are to steward health over the longer term?

The points where harmful technologies and/or pollutants - or absence of desirable inputs - fundamentally alter a biological system to a point where there are irreversible tipping points, are rarely linear. Stressors can decouple vital feedback loops, disrupting homeostasis (self-regulating processes that maintain health). They can be subtle and difficult to predict. Pick any biological system - it is impossible to categorically announce when stressors impacting that system will disrupt regulation, and long-term resilience. When do endocrine disruptors disrupt intelligence, mating signals, or egg viability? When do assaults on microbiome diversity - in soil, water or the gut - result in dysbiosis and dysregulation? 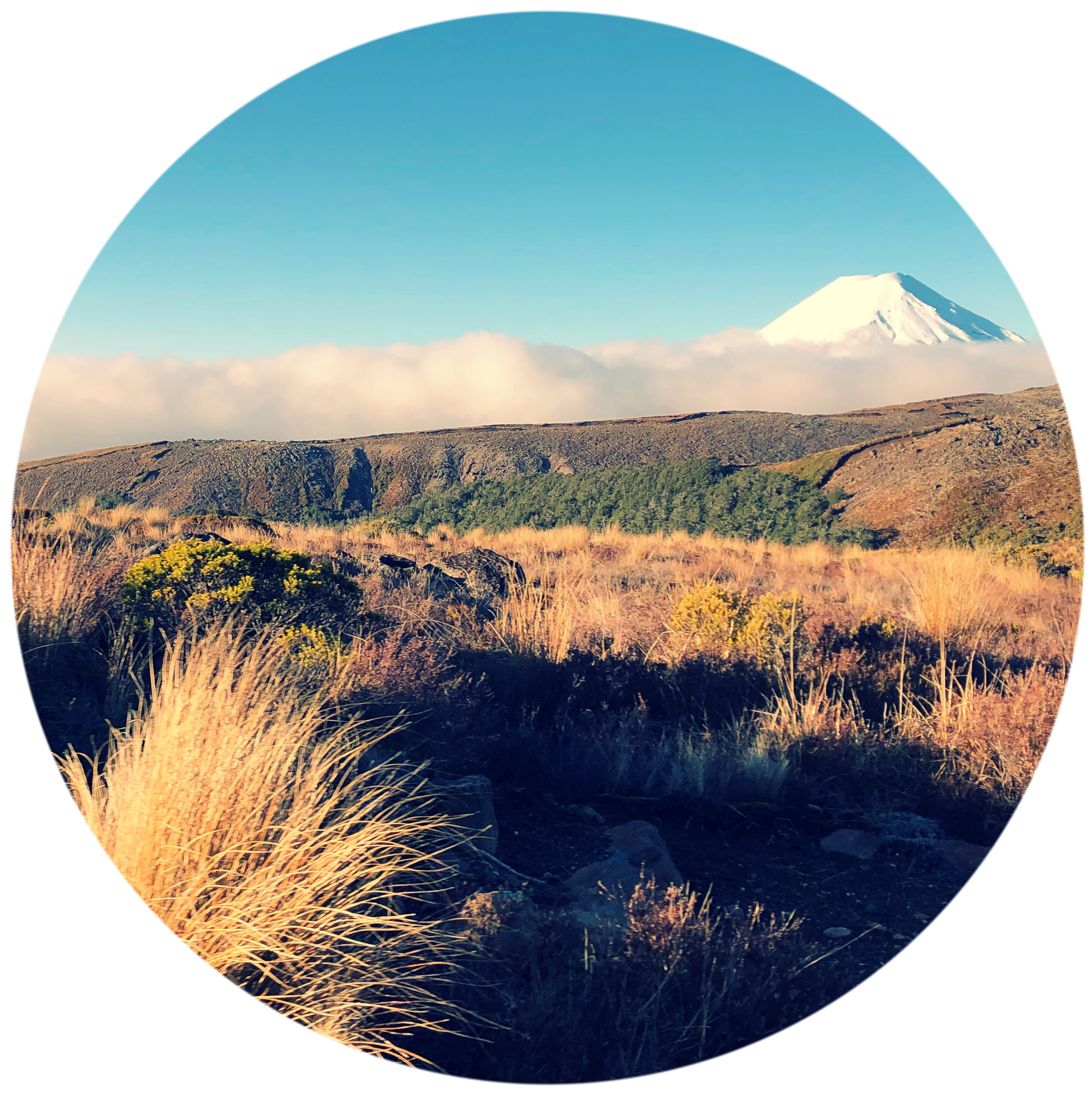 The point where technology/pollution - and - biology meets - is fundamentally complex, nuanced and uncertain.

Risk is never black and white, and navigation of uncertainty and complexity will always be an inexact science, because biological vulnerability and/or action to protect a biological space in order to prevent an adverse tipping point - whether a river catchment or a young child - persistently requires human judgement in pervasively uncertain informational environments. Therefore, granularity around risk ultimately obliges decision-makers to traverse ethical and moral questions of system vulnerability. Such judgement should encompass an appreciation of strategic influences that shape the informational landscape.

In 2022-2030 and beyond, it is not just health that must be stewarded, but the scientific and research spaces that are separate from political and private interests.

Therefore, for public, barriers not only include time; informational paywalls and techno-biological complexity. Barriers arise from the difficulty of navigating information, disinformation and misinformation. Conflicts of interest can often be hidden by sophisticated public relations messaging, including the construction of websites designed to look as if they are independent. These barriers make it difficult to identify and judge the potential for bias, or conflicts of interest that might impair the integrity of such information and prevent it being trustworthy. These barriers increase with the sequestering of financial and political conflicts of interests inside lobbyist think tanks; private-public partnerships, trade and treaty agreements; political and media financing and regulatory processes. Much of this has arisen from off-shore webs of influence that eclipse New Zealand owner-operator models. Multi-national investment fund managers oversee portfolios of trillions of dollars of assets that not only span agriculture, biotechnology, pharmaceutical, media and the digital sectors, but extend through supply chains.

Policy and legislative shifts over the past 30 years have prioritised and directed funding to science, law and policy research that promotes innovation and economic advancement.

However, over the same period, science, law and policy experts that might traverse the complex issues that revolve around ethics, risk and judgement, which do not fit the 'innovation' definition - have been deprioritised.  For 30 years this work has been asymmetrically underfunded. It is not surprising. Provision of unbiased, public interest information - can conflict with the principles and priorities of powerful institutions. Interdisciplinary science, legal research and ethics-based work has become wickedly difficult to fund if such research lies outside, or potentially contradicts, the policy aims of the state.

When scientific and research communities lack autonomy to carry out such work - scholars, policy-makers, the judiciary, medical doctors and the general public are left on the back-foot when discussing complex socio-biological issues. The barriers to research promote systemic ignorance and the science remains undone. Independent voices can be rare, and careers may be threatened if they deviate from established norms.

Market-driven (neoliberal) trends in governance have directed resources towards market-oriented science/law/deliberation, and away from public good research that might triangulate claims of safety and efficacy by institutions. These trends shape the focus of many of our public science institutions. Many of these institutions, including public universities and Crown Research Institutes fund science using income derived from royalties and patents. These same institutions can then have a vested interest in deregulating technologies - they're developing innovations which will potentially produce an income stream. Deregulation, where institutions do not have to declare research, potentially enable the institutions to expand their research capacity.

As these institutions are tasked in production of innovation, no equal weight is placed upon (often complex and interdisciplinary) stewardship issues, such as exploring pollution or disease risk. This information becomes blackboxed. These issues do not have immediately identifiable opportunities for the production of intellectual property (such as royalties and patents). The incentives, to produce IP, steer research communities in a different direction, resulting in governance failures - remember, these are taxpayer funded, public sector institutions - to provide informational feedback loops into regulation and policy.

This funding distortion excises independent expert communities who could be available to contest industry claims and provide evidence-based feedback loops back into the regulatory 'sphere'. Regulators are then not pressured to engage with complex ethics and uncertain risk-based issues by 'experts'. It is then easier for regulators to dismiss public (lay) claims of harm - noting that the science regulators habitually depend on, is unavailable, due to commercial in confidence clauses that privilege the industry provider.

In current academic and science research funding environments, scholars and scientists are unlikely to publicly criticise technologies and pollutants, because science and research funding is precarious and difficult to secure. They might try to do such work, but it is more likely to be short term and piecemeal. For those outside the royalties and patents merry go-round, where human or environmental research is approved, it is predominantly approved incrementally as short-term funding, with little slack to widen and extend research. 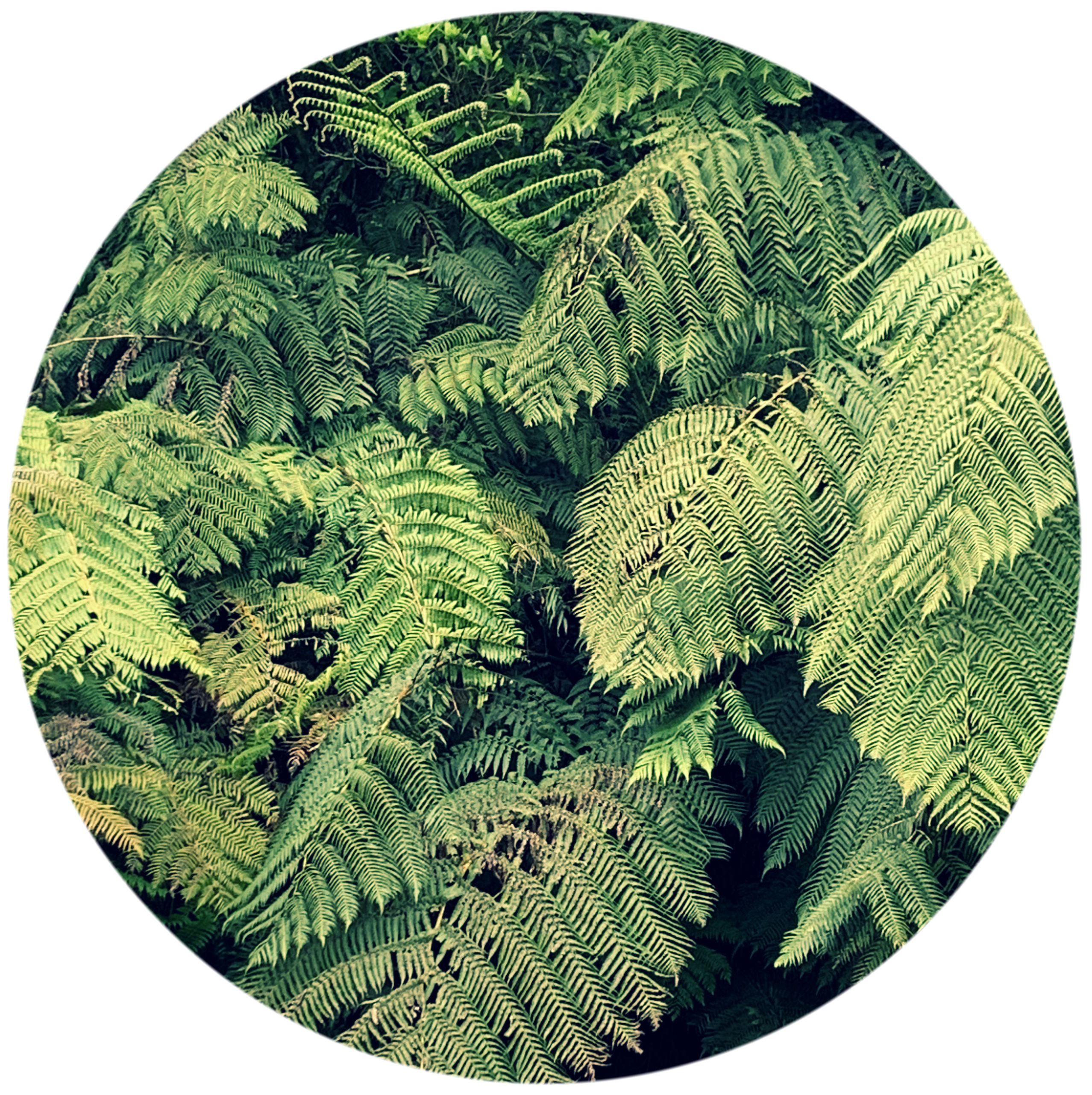 Market prices of technologies and anthropogenic emissions frequently do not reflect the associated costs, as harms or externalities that arise when the exposures from these technologies and emissions are persistent, toxic and bioaccumulative. These harms may produce systemic, knock-on effects.

New technologies have enabled scientists to confirm that environmental risk factors outweigh genetic influences in risk to health and wellbeing. A substantial literature provides evidence that healthy genetic function arises when surrounding environments support optimal health (such as nutrition, beneficial feedback loops, and absence of persistent stressors). Conversely, environmental exposures can contribute to sub-optimum or poor genetic function, and drive disease and disorder. New technologies, such as biomarker assisted technologies, can assist researchers to understand the biological interactions following exposure to a technology.

Harm can occur through (but not limited to) disruption of epigenetic coding and/or endocrinological function; and/or by promoting inflammation and oxidative stress which can produce the conditions for vulnerability to multiple diseases and disorders. These stressor exposures, through their impact on biological and genetic functioning, can potentially impair fertility; intelligence and behaviour; predator-prey relationships; sexual development; and learning and produce the conditions for disease later in life, not just for humans but for all vertebrates.

Unwittingly, blind, or captured environments delay transformative innovation, critical to human resilience and, arguably, national security. For example, it is unlikely New Zealand scientists are testing drinking water for mixture toxicity effects, and conducting laboratory research to identify biomarkers from exposure synergies. As a consequence, there is no research investment at scale looking at enhanced filtration technologies to strip hormone-level chemicals from drinking water, but also to prevent emission of waste stream chemicals into rivers. In parallel, New Zealand's nutritional research environment is poor, and there is no evident science institute engaged in evaluating the relationship of undernutrition with not only metabolic disease, but mental illness and educational performance. Increasing levels of disease and disorder in the human population, lowers productivity, alters intelligence and impairs the capacity to contest future threats. Such high-level work is not undertaken.

The public, scientists and physicians, have legitimate expectations that governments and their regulatory institutions will act to intervene to prevent market failure. This is stewardship, where governing bodies will take precautionary action to protect the public and future generations, from unintended, off-target or accumulating risks that arise from free market activities.

We propose that the provision of science at arm's length from the industry with the political and/or financial conflict of interest will continue to be fraught, due to the challenges and pervasive private-public sector relationships (as institutional contradictions to good governance) that are forecast to intensify in the period 2020-2030.

We continue to observe that white papers, conferences and policy papers relating to governmental science advice, and the role of science advisors, avoid introspection that would draw attention to the problem of science advice when the science used by advisors, primarily is produced by an industry sector with financial or political conflicts of interest, relating to a favourable policy outcome.

Governance and regulatory arenas are intensely political. Billions of dollars are dedicated to science used specifically to support regulatory decision-making and on political lobbying to media interests, officials, elected members and science advisors. Vested commercial interests habitually present scientific evidence to support sufficient safety to authorise release of a technology as certain. However, once deployed into the environment, once there is evidence of human or environmental harm, their energies turn to the production of scientific information that perpetuates uncertainty and doubt in order to avoid and delay regulation.

Our work continues to reflect our charity objectives which include the provision of information and critical analysis in the service of the public’s right to be independently informed on issues concerning genetics, including genetic engineering and biotechnology, and other relevant matters of science and technology. Our Objectives emphasise the importance of informed public debate on issues of science, medicine and technology. 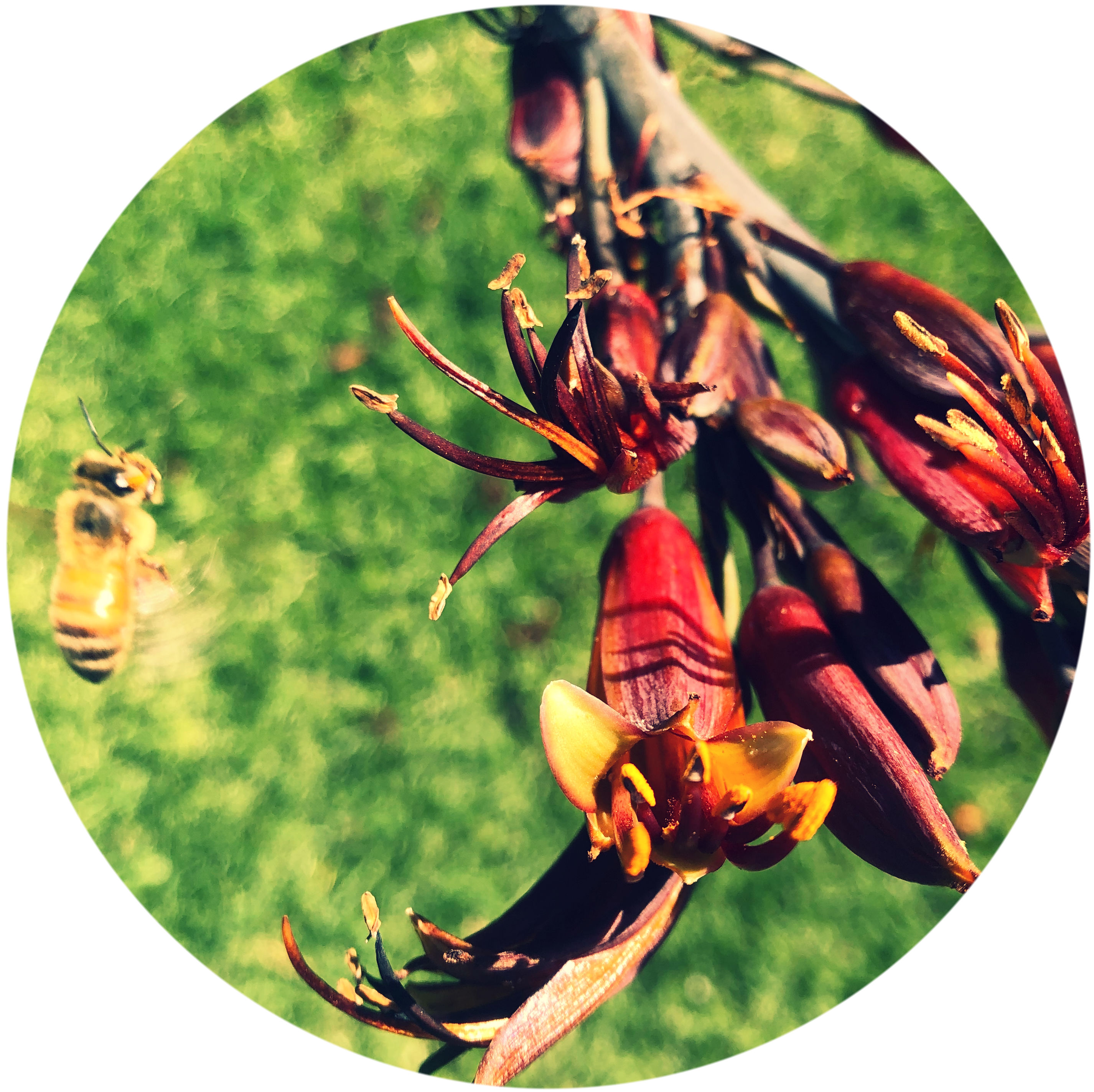 Shifts have occurred from local government, up to the global level, and feedback into local media and regulatory environments, embedding technical processes which make it impossible for decision-makers to reason and weigh uncertain issues against ‘the economy’. This results in often contradictory environments where officials and elected members fail to soundly articulate reasons for their decisions. Instead, institutional patterns persistently operate to deny, dismiss, divert (or decoy) and displace meaningful discussion relating to the evidence in the scientific literature and the stewardship of technologies and regulation of pollutants. However, the processes - as institutional failure to reason are taken outside of the public arena, and rarely elaborated on by the legacy media.

Such contradictory environments consequently inflame and encourage accusations of misinformation and disinformation in the public arena. All too often, many of these intractable issues have been ethically corrupted at an early stage, through the privileging of private interests through secret confidentiality agreements that prohibit transparency and accountability relating to the provenance and quality of the scientific information.

As such it is important for the public, for scientists and physicians, to recognise the political shifts and influences that distort the political and regulatory landscape, if they are to critically assess claims made by powerful interests.

Support for and encouragement of robust transparent and accountable knowledge-making, across lay-public, policy-makers, scientists and expert communities, in order to promote 'public-good' spaces of knowledge and information, is what we do.